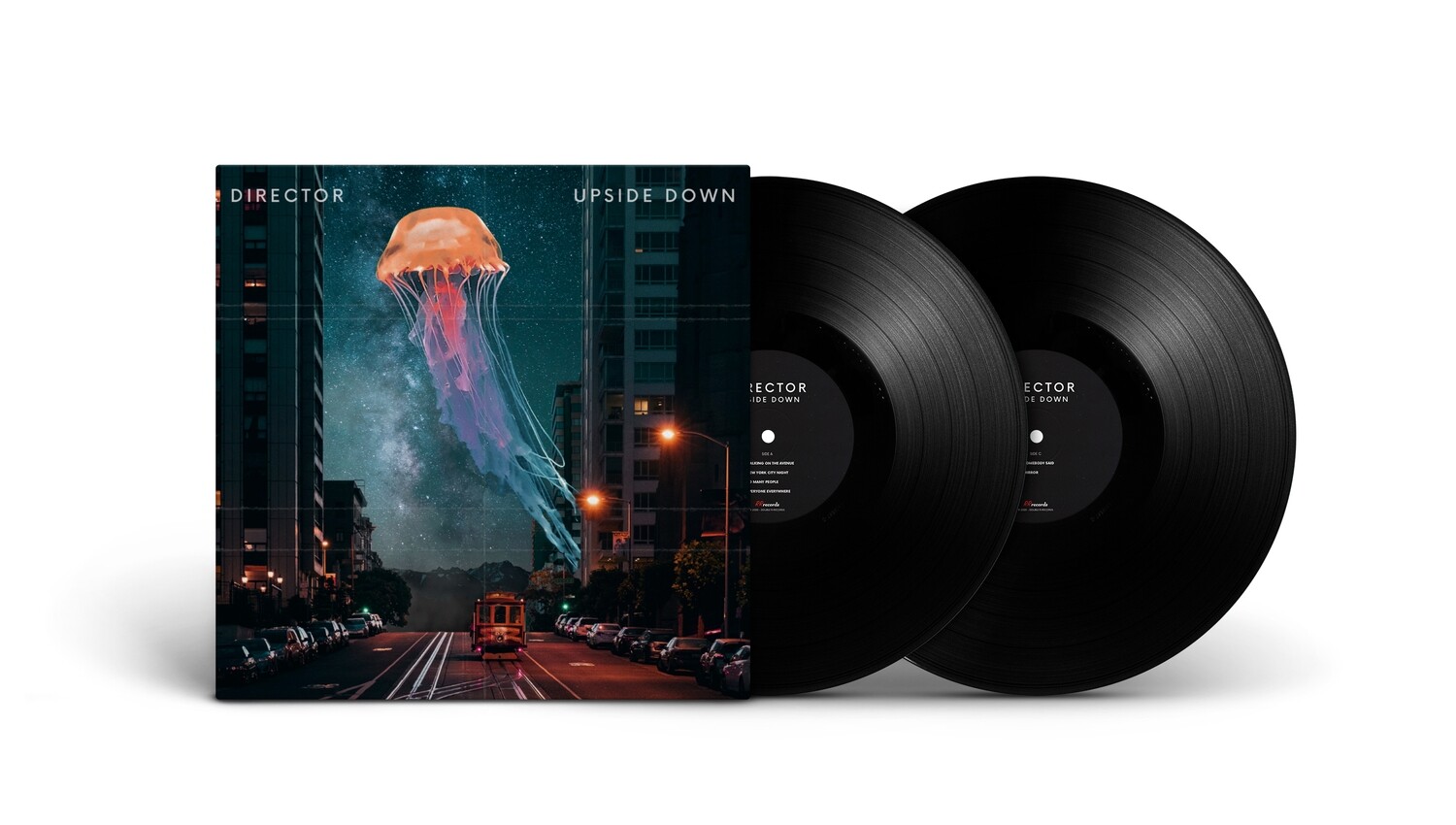 Upside Down is the first album of Director. After a first pop-rock EP, Pleasures, the band is on a new creative wave. They start experimenting various styles, always pushing their sound further in original roads. Funk, Soul and psychedelic are now part of their musical language. Upside Down is an experimentation in three acts. The album present the history of the band, starting with raw and energetic rock songs, reminiscent of the band’s origins. With the title Upside Down, the album then transits into a more profound and introspective vibe, deeply inspired by modern psychedelia and 70s rock. The third and last part of Upside Down is coloured by funk and soul inspired songs, closing the album on an explosive note.

Save this product for later
Display prices in: CHF